Ah, the hour has arrived. At Eternity’s Gate is the first book in a trilogy called Singularity Playtime. I’ve been physically writing and editing the book for over a year and a half and have been thinking about it for the last seven years. You can head on over to the book page for more information about the novel and another download link as I’m going to spend some time here talking about where the book has been and how it’s coming along.

The entire manuscript was previously considered for publication at Tor Books. Unfortunately the editor didn’t find it entirely their style so you wont see my writing branded with their anvil sigil. However, I did get excellent compliments from two editors at Tor and they both would like to consider whatever else I write in the future. As much as it sucks, the dialogue I’ve had with both editors has yielded the most encouragement I’ve received from any professional in the industry. For that I’m grateful.

As of now I have one agent currently looking over the same chapters I’m offering to you for download. I’ve been considered and turned down by two other agents, but still, it is sort of fun to know people are reading some of what you’ve poured hours/years/lifetimes into. Regardless of the agent situation you’ll be able to find the entire book of At Eternity’s Gate here on this site in the coming months. Ideally I’d like to go with the “pay what you want” model in a similar fashion to the humble bundle deals that’ve popped up on the net for videogames. I may try the KDP select program or just put the book up on Amazon, but if you didn’t know there’s all kinds of drama going on with Amazon in regards to publishing so I have to dig in more and see where I stand on that.

Hopefully I’ll get some kickass cover art and have the book fully edited and formatted in late August. I’d love to make a book trailer and have some really awesome ideas for it. My current version involves epic child monologue and a blood filled pinata exploding in slow motion. For now I have the three chapters up and would love to hear what you think about them if you find some extra reading time. If you like what you see I might be able to shoot you the book in your preferred format before I officially put it out on the web.

On the topic of formatting: if anyone has suggestions on book formatting or how to easily make epub and mobi files I would love to hear from you. If you’re super nice I’ll send you a picture of my girlfriend’s cats trapped inside a hoberman sphere. 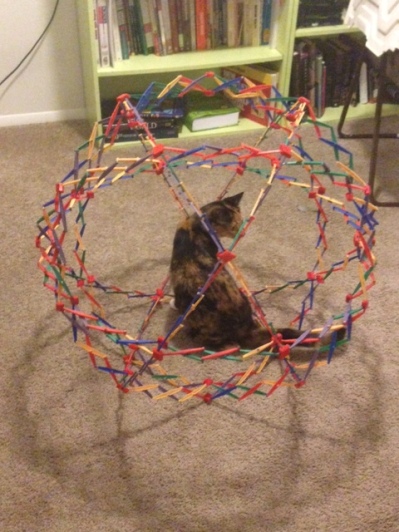 It’s only a matter of time…